book100 Miles and Running
“If you don’t vote, you lose the right to complain.”
2020 Election Paradigm Shift Tanzania Thoughts

It was around 08:24 in the morning when I realized that my phone has broken the vows we made, it didn’t wake me at 05:00 am, the usual time that I always tempted to forward for another 15 minutes before apprehending the fact that even if I set it for the next two hours, still I will never get enough of the nap.

It was the 28th of October, the election’s D-day. I cursed a little bit after learned my phone was completely off “so this energy-sucking charger has even drain my 30% battery” shm.

I gently got off the bed and start to set the mood for the day before heading to the bathroom. On the way to the bathroom, the idea of getting back to bed slowly starts to hit my head but I keep encouraging myself that I’m master of my own fate, I can’t let sleep taking control of my life “Go 'way devil, leave me alone!”

I put my phone to the charger I borrowed from my annoying neighbor who always blew his own trumpet clamming his devices are genuine compared to those sold at Kariakoo marketplace.

When I got off the bathroom, my head was as sharp as that of Sean Connery, one of the best Ian Flemings’ characters of the 007 movie series who happened to breathed his last few days ago, rest easy legend!

I poked around the fridge hoping I would find at least a glass of self-made rosella juice but no luck, I was able to drink only a few drops of what left of it “not bad at least I didn’t let my doctor down” I said to myself as I was slamming the shutter of the fridge.

I walked outside hoping to catch up with the running bodaboda which I happened to hear moving in a light speed, but again when I opened a gate it was only a mixture of dusts and dark smoke that was still in the air. I decided not to sit idly by the gate as it was burning as hell “I’ll catch up with you bastards and when I do I pray you don’t take me that fast cause this election seems to be moving slowly”

After 100 meters of sweat walking, finally a good Samaritan showed up actually he was one of my drinking buddies, and he was kind enough to drop me at Mwenge station leaving me in close proximity to my voting station “guess I won’t have to pay that much to get to Makumbusho” I giggled.

When I get there, it was around 10:20 am and I reminded myself of the street say “Afe kipa afe beki, leo nilazima nipige kura” hoping to find a long tail of voters at the voting stations.

To my surprise when I get there, I found only 4 people in the queue and I was proudly attended by a charming lady who was there to verify voters at that station. When she came to me she was glad that a fresh face finally appeared.

I asked her to rephrase the statement cause I know I’m not that handsome “this lady must be mocking me” I said to myself “what I mean you’re one of the few young faces showing up today, many of the voters dropped by the stations are seniors, see for yourself” I looked around and convinced myself the lady was right.

I said okay, and she added “by the way you look handsome, don’t sell yourself short.” I was relieved by her confession cause it was something that I wanted to hear from her, like J Cole said “It’s beauty and struggle”

I spent like 10 minutes at the station before I cast my vote and moved on to pay my cousin a visit to his shop which happen to be around the area so that we can call spade and spade about the Kariakoo derby which is the subject we’ve never get along. When I get there, I found a gang of friends and colleagues where we sat for almost 4 hours talking about what’s happening in our country especially the cracking down of the internet and drastic falling of numbers of voters in the country.

When I and my colleagues talk, we sometimes attract attention from the people around the area. If you’ve never come across us, I bet you’ll mistake our conversation to a fight. What we were arguing is the fact that most of them didn’t see the significance of the election and voting to them was an impossible mission.

For real, I was agitated. And for once I was convinced to leave but when I asked them why they didn’t vote they had a varied reason. Most of them argued that the elections were rigged, others said even if they voted for their favorite candidates, they didn’t stand a chance to win, others go further by asking what a vote is?

I’m still wondering why is Tanzania’s young generation refused to vote? Why most of them didn’t have the time to vote but having plenty of time defending themselves why they didn’t.

The general election is where we choose leaders who for the next five years represents our opinions and influence the policies that affect our future, are we going to let that fate in the hands of the few just because our favorite candidates couldn’t stand a chance to win? I guess now I conquer with what Plato has described in one of his writings when he described that one of the penalties for refusing to participate in politics is that you’ll end up being governed by your inferiors."

Voting is a civic duty in any democratic nations, why are we making excuses not to fulfill this fundamental right? Out of 29 million registered voters, only 15 million cast their votes, isn’t this weird?

49.27% of registered voters in the country didn’t bother to step their feet on the ballots centers. What if the current elected candidates decided to fulfill only the wishes of those who participated during the elections?

This falling of the numbers of voters has reminded me of one of Chinua Achebe’s short stories called “the voters” I happened to read it a while ago when I was a student.

The narrative of the book is based on the post-independent African nation’s elections. It centers around the village in Nigeria called Umofia. Just when the election was around the corner, the people of Umofia realized it's their chance to cash out the candidates, and when candidates learn of their voter’s needs they didn’t hesitate to fulfill their needs.

As a reference from the voters' novel, I think it’s fair to say the nature of the voters and that of the candidates it’s pretty the same as that of Umofia village described by Chinua Achebe.

The inclusion of artists was very useful to the mobilization of the people to the campaign grounds, but why it didn’t work in the ballot boxes where it was intended to?

It’s fair to say many citizens technically think cashing out candidates during the voting period is very legitimate and mandatory. Voting is a universal right of every citizen in any democratic nation; it can’t and shouldn’t be compared with small gifts and parties branded clothes candidates usually dealt out during the election times.

Personally, I believe this is the high time for the government, political parties, and democratic institutions to get down to the bottom of this issue. Voting is as important as any other human rights, let’s not use ignorance as a means to elect or be elected: we sink the moral foundation of this very dear nation. 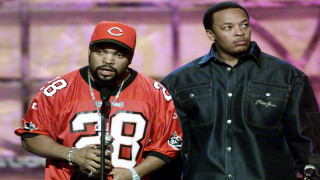