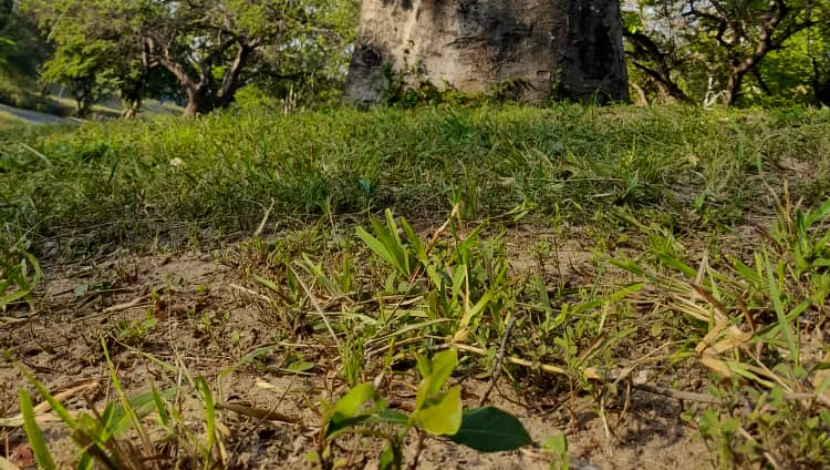 There are two things of particular interest to us in this articles cover photo: the giant lower stem of the baobab tree on the top section and a baby baobab as tiny as a spinach at the bottom center. The two depict the opening quotation in our last article which we do well to repeat: "...Even the Gigantic Baobab Tree Begun Like a Tiny Spinach."  Yes, that giant stem begun as tiny as the negligible seedling; in a similar vain, our problems when left unresolved, mature to such gigantic proportions, they become drastically compounded.

Just Imagine how simple it is to uproot that tiny baobab seedling tucked among the grass as seen at the bottom center of  our cover picture. Then imagine how silly you would look trying to uproot by your hands the giant baobab stem on the upper section of the photograph! This continuation of the series "Uncomplicating Problems"   will provide general strategies that can aid us in tackling our undesirable situations in ways that do not complicate them further.

We have so far touched on approaches associated with particular scenarios that can compound our problems. We have looked at particular remedies to them. However, not every problem will have just one de-compounding strategy and the suggested strategies are not strictly applicable to the individual problems; the approach we use to lessen the magnitude of our problem will depend on the problem itself, how much the problem affects us, our ability to counteract it at the time, what assistance is available to us at the time and in what quantities plus several other factors. It is because of this that we now look at other general remedies to the subtle art of compounding problems.

Many cultures and religions have sayings that caution against letting one’s emotions loose. In Kiswahili which is East Africa’s most widely used language, we say ‘Hasira ni hasara’ which when translated means ‘Anger causes loses’. In other words, failure to control one’s emotions can complicate small problems that could otherwise have been resolved with limited energy and involvements.

This reminds me of an incidence involving a young boy, his mother and two neighbors. The little boy’s mother picked a quarrel with her neighbor in the presence of the innocent child. Their misunderstanding escalated into name calling both sides. When the neighbor used an extreme word against the boy’s mother, he could not contain it and asked them to stop but the two women were too immersed in their battle of words which had all the indications of heading towards a physical fight. The boy picked a fair sized stone, aimed it at the head of his mother’s foe and released it with all the strength he could gather. What followed was a moment of intense silence as everyone, yes, everyone stood in utter shock as they contemplated the young boy’s death dealing act; all including a neighbor who had overheard the escalating argument and dashed to the scene to intervene looked on in great disbelief. The mother held her son in her arms crying as she imagined the worst case scenario, her opponent was speechless, her mouth gaping wide open as she contemplated what would have happened had she not narrowly missed that fast flying stone from a well fed energetic boy thrown with all the anger and evil disgust he could gather.

In the above incidence, had it not been for the missing and the distraction caused by someone else shouting at the boy, he could probably have not missed the lady’s head and that would have meant two things, a case of man slaughter making the innocent lad blood guilty and of course his mother would have had a sure case to answer. Alternatively, the target would probably have been hospitalized and maimed for life.

A small problem that can be resolved amicably can be compounded to gigantic levels if emotions are left to escalate. There are too many illustrations of worse case results occasioned by lack of self control; marriage mates have unintentionally murdered their spouses, friends have wounded and maimed each other, politicians have caused untold suffering to entire nations and regions because of outbursts between opposing sides, etc.

Control your emotions and you have controlled your

problems of any nature from getting bigger.

Understand Thyself and Live Within Your means

There is nothing wrong with aiming high, absolutely nothing wrong with desiring to get better and enjoy the goodies of life. If we were not to set higher goals to better our own living standards, for our loved ones and our communities, if there was no drive to better our environment, if governments and citizens alike did not engage in activities to better the economies of their nations, then life would be so routine and common place, we would be denied the pleasures and satisfaction that come with achievement.

So what do we mean by understanding ourselves and living within our means? Basically this calls for not overstretching our abilities to the extent that we over stress ourselves. Failure to achieve targets that are set way above one’s current limitations and trying to force achieving them has caused many to sink deeper and deeper into problems. A good example is the common loan burden that faces many developing communities; people borrow for various reasons but bottom line is that many, not all,  do so to implement what they cannot accomplished within their own means. Borrowing in itself is not a problem. Where does the problem come?

· When we borrow way above our ability to repay in case our planned payment plan goes wrong.

· When we borrow to support lifestyles that are way above our current income levels.

· When we borrow for non essential socially influenced expenses that just satisfy our superficial pride only to wash us into turbulent storms of debt burdens. Such expenses include flamboyant weddings, purchase of expensive new model cars, trending fashions and gadgets etc.

Understanding yourself means you will NOT throw yourself into the fast flowing rivers of debts when you know your swimming potential is for shallow ends. Yes Dear It’s Possible chapter three discusses this subject more comprehensively, we encourage you to secure a copy to enrich your problem de-compounding abilities using the diligently researched and experience based practical strategies therein served just for you; a tip of the icing from that chapter is that you should

a) bite what you can chew not what will choke you

b) move step by step, one step at a time as it were.

Understanding your limitation does not only apply to money matters, it extends to relationships, sports, education, secular and non secular careers, mention any activity the human race engages in. In all you do, count your costs well and build yourself around your limitations, growing step by step, as the saying goes, Rome was not built in a day so do not attempt doing so in your personal life and endeavors.

Caution: This does not mean you should not be ambitious, not at all. Setting big targets is encouraged and has no problem. The difference between targets that are a source of compounding problems and those that are not is in the implementation; How? If you move gradually within the means available, if you act within your utmost and grow naturally, there is little chance of your big dream becoming a problem compounder.

Trouble sets in and spirals out of control when you force the big good goal to get achieved within unrealistic time frames and circumstances. No matter how strong and clever a beautiful new born child might seem, nature’s natural processes of bending over, sitting, crawling, standing, walking with support, walking without support and eventually running will always remain the best for a child’s problem-free development. Using baby walkers and other artificial ways have had and continue having their continued negative effects on children. The same applies when we artificially boost the fast realization of our careers, businesses and related goals.

In a nutshell; ambitions are good and great but just progress according to a pace that is convenient for you, a pace that even if you are stretched beyond certain levels, the stretch does not break your back and tendons disastrously or even fatally.

Have a Simple not Compound Eye

A housefly is said to have a compound eye. Compound eyes are said to lack the accurateness and precision of simple eyes such as those possessed by great hunters like eagles and kites. Could that explain why flies find themselves on dirt a lot of times and yet still remain there and feed there and abode there and reproduce there when other flying creatures find better places? Well, I am no zoologist or expert in living things but the fact remains that this creature with compound eyes is a grand compounder of problems from a lay perspective. From making you feel grossly uncomfortable when they annoyingly whiz around to carrying germs and bacteria from their unhealthy escapades into your food thus causing some of the worst infections humans suffer from, a fly’s compound eye is not what you would trade for the special simple eye that you have been blessed with. 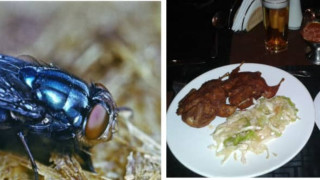 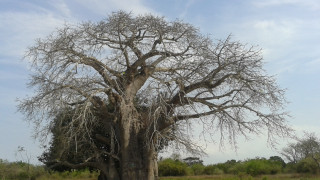