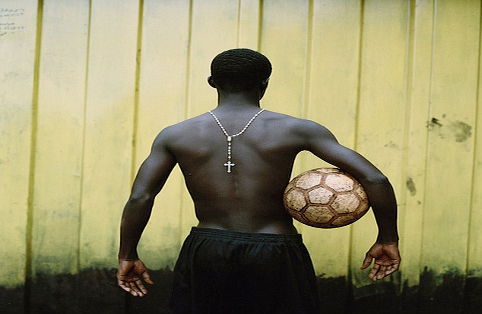 A few days back, my colleague was blessed with a baby girl, when I called to congratulate him, he had this to say; "Man, I need to buy more dogs to protect my beautiful princess." Though the phrase is a common cliché, the statement says so much from a guy who also has a three-year-old son. “Protect the girls, the boys will be fine”.

The history of the world is masculine from a go, God the father, created Adam the man, then gave him an “assistant’ in Eve, straight from his (Adam’s) ribs. Then followed by all-male disciples. Male dominance is so big that big nations like the USA (Democratic they say) has had 47 presidents, all-male. Catholic Church has had 266 Popes, Ofcourse, male.

The fact that the holy books teach that Eve came from Adam's ribs favors the male ego, yet again. Talk about the story of hunting favoring the hunters.

Then Human rights advocates came with a plan; protect, defend and elevate the woman and the girl child. It has worked. Rightly, we have witnessed a rise in the number of confident all-round women coming up and taking up leadership positions. The “traditional” careers that were male-dominated have now been embraced by women. This is commendable progress, and it deserves a standing ovation.

However, as we have progressed in addressing the fight for women’s rights, we have taken a back seat in ensuring that both genders are equally progressive. The Boy child is now at the periphery of the development sphere. The girl child is now free, confident, independent pursuing her dreams, and is no longer the weaker gender. Evidently, the boy child is now slowly becoming the weaker and an endangered species.

Boys are now are becoming less competitive, demotivated, and losing a will to work hard as they are expected to. For some reasons, nowadays most boys want it “easy”, they seem to enjoy opting shortcuts and the easy way out. Partying, betting, drinking, over socializing, and doing drugs is the “thing”. Many will go straight into driving Tuktuk “Bajaj”, Bodaboda or street hawking and rest the case.

What has become of the Boy child?

Time has caught up with the Boy child. The society has a fair share of blames too. Boys are pampered to the extent of turning out to be irresponsible beings. Mothers worship their sons while fathers are hardly around, when they are, they shower them with a sense of pride for being heirs to the thrones. The result is complacency. All this is happening while the girl child is pushed to the core.

While the girl child is pushed at home and school, the Boy child is a master at home who is exempted from almost all chores, which have been labeled “kazi za kike”. Society is teaching girls to be responsible: “Utanitia aibu ukiolewa hujui kupika” . The same society is encouraging boys to be irresponsible; “Mpe dada nguo akufulie”.

At school, the girl child is pushed to the limit. No wonder, in recent years, girls have visibly dominated the education performance in the country. The girls only schools like St. Francis, Feza Girls, Canossa and Anwarite are dominating the top ten charts. In year 2019 Form Four results, seven of the top ten performers, were girls!

Girls are also well prepared to be women, more than how the boys are prepared to be men. A girl child will go straight into house chores soon as she gets home. They are all-rounders. They are also exposed to avenues such as the "Kitchen parties” that prepare them for roles as wives. I am told they get enough manuals while in there. The modern girls are indeed a complete package.

Meanwhile, boys are exempted from most, if not all, home chores and spends most time after school playing with friends or video games. Boys have little clues on basic home chores such as cooking and cleaning. Boys are brought up and are prepared to be “masters” of the households, but with no proper skills. “Be a man” “man up” ‘Wewe nimwanaume” are the phrases they get, but with no fitting blueprints on how to be one. Boys are not encouraged to show emotions. Boys can’t cry, it is a “sissy” thing to do.

Furthermore, no one really feels compelled to help boys grow into men. The old fashioned “Jando’ is now too primitive to many. As a result, most boys walk into marriages unprepared whereas sexual education is a myth that most boys solve via porn sites (yes, I said it)—sad truth. When they finally tie the knots, boys expect their spouses to be a wife and a mother, they want to be pampered even though most of them tend to evade their responsibilities as providers and bread winners. The strong and independent young lady will not be intimidated by a boy who acts like a King while ducking responsibilities. Eventually, the two will clash—another broken family.

As the girl child rises, the Boy child plummets. Their downward spiral has a significant impact to the society; irresponsible fathers, drug and alcohol abusers, broken homes, and outlawed crime gangs like ‘’Panya Road” and “Mbwa Mwitu."

Why is it important to strike the balance?

As a society, we are obliged to elevate both boys and girls. There is a need to empower both men and women as the lack of focus on male empowerment leaves a gap and leads us with empowered women who do not have male counterparts who are equally as empowered.

The Boy child is most likely to take a leadership role. This might sound a bit absurd, but looking at African politics landscape, it is a scary thought to look at when we have leaders who are not empowered as they may look at any form of criticism as an attack.

To avoid a situation where we are left to pick up the pieces, it is important that in our efforts to empower the girl child, we ensure that the Boy child is equally empowered and, in a position, to compete on the same level. Without that, we cannot fully claim to have successfully advocated for gender equality and succeeded.

Striking an empowerment balance – having genders that are equally empowered speeds up the process in the fight for affirmative actions as no gender feels threatened.

Send your comments to: gsemunyu@epicprtz.co.tz