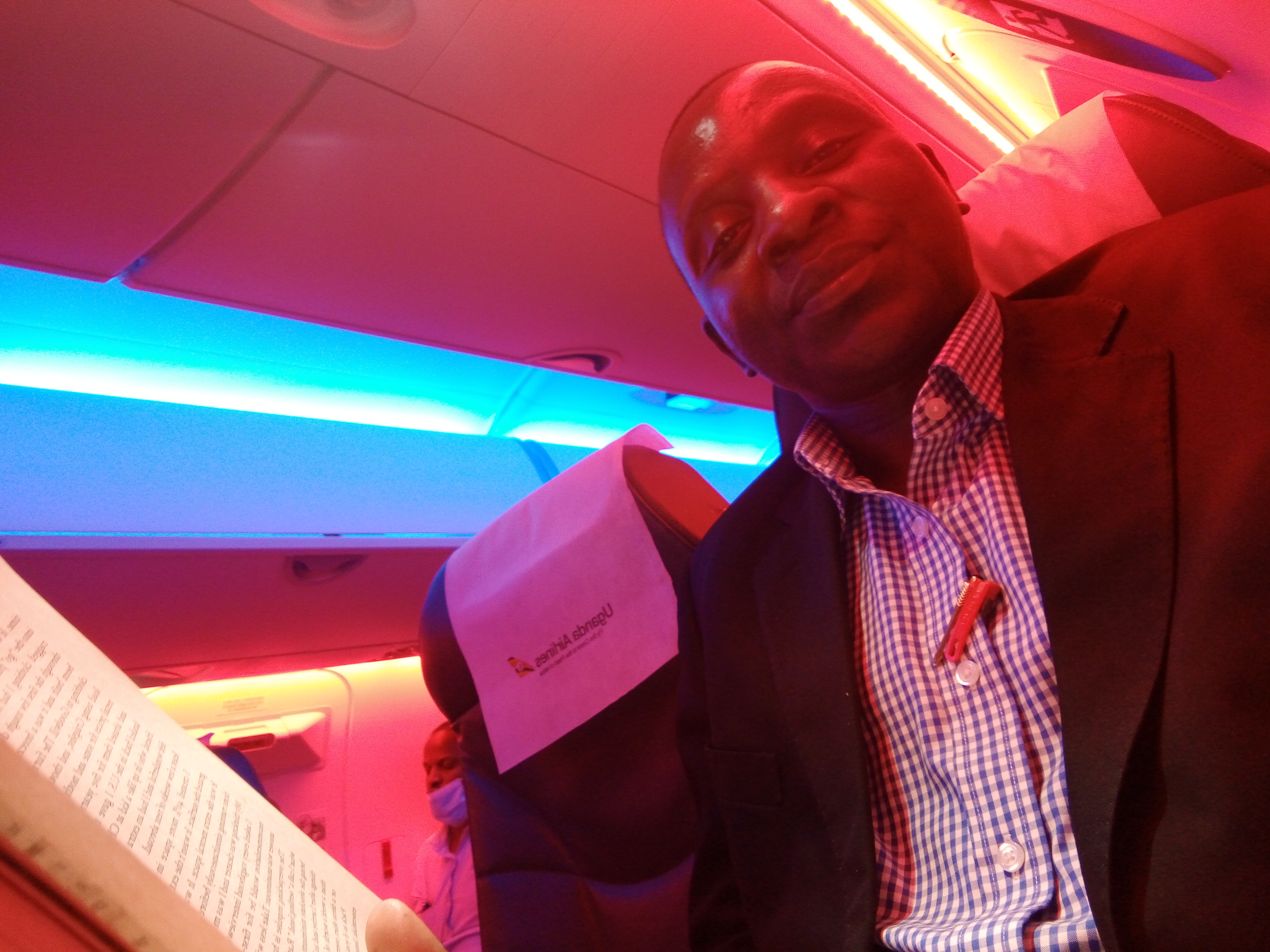 bookYES DEAR, IT IS POSSIBLE!
NOT PUBLIC APPROVAL BUT CLARITY OF PURPOSE THAT COUNTS
entrepreneurship

History has recorded very many men and women, young and old, who have created or initiated individual and or public/ world changing or world impacting products and concepts/ ideas. However, they had to battle with probably well meaning but all the same dream destroying NEGATIVE opinions of the public be it  from individuals or institutions. For example, His Excellency the president of Uganda Y.K. Museveni was downplayed, even  referred to as just a bandit who deserved not to be talked to by the then reigning President Dr.Apollo Milton Obote but Museveni to date has ruled the same country for over three decades meaning his idea that he could rule the country was not realistic to the public except to himself but today the facts prove him to have been unconventional but right, Albert Einstein was taken for a mentally derailing individual deserving to be taken to a rehabilitation center by sections of his friends and associates because his ideas did not tally with conventional wisdom at the time but today science and the world depends significantly on his realised prize winning dream idea.

WHAT ABOUT YOU? YES, that brilliant and important concept in your mind might sound and seem impossible in the minds outside of your own but that does not necessarily make it wrong or not possible to bring to reality. The experiences of men like the two mentioned above is proof that for your idea to become a life changing reality for you, your community and humanity, it sometimes will put you at odds with the people around you who conform to general thinkings and conventionalities. That means therefore that to create change, useful change at that, you should THINK OUT OF THE BOX, be able, willing and ready to fight through to the full realisation of your profitable but unconventional concept that only you seem to clearly see in your mind.

In his New York Times Number One best selling book  entitled "The Four Hour Work Week", Timothy Ferriss   exposes a fact that we live with, that affects us and unfortunately quite often kill many brilliant ideas at their infant conception stages,  a phenomenon that may not be recognised for what it is but mistakenly granted the permission to harm otherwise great ideas in the name of respect of other's opinions and submission to traditional conventional thinking that more often than never will first deny anything new and not yet proven as fact. He states on page 33 that:

"People - whether parents, partners, or bosses - deny things on an emotional basis that they can learn to accept after the fact"

YES, this quoted excerpt so precisely depicts the reality we face daily; people be they parents, relatives, superiors, friends, siblings or work colleagues: they will always mostly respond with hesitation to any new out of the ordinary idea you come up with. DO NOT let your Einstein idea, your KFC concept, your Museveni determination, among many other such examples die out because someone else does not think out of the box and attempts to force you to remain in the bandwagon of conventional thinking that does not create the Facebooks and the Apples of this world brought about by men who thought and continue thinking out of the box: contemporary examples abound such as the Dubais changing from barren desert status  to world business centre status by unconventional thinking, the Singapores moving from third world countries with about just two million people at independence with minimum resources into a first world economy, plus many other endeavors that have been accomplished but that  were thought by public conventional thinking to be not- accomplishable! The men who changed the worlds stated above and their likes for the better did so because the brains that steered  them into reality went against public opinion and adhered to CLARITY OF PURPOSE AND PROCESSES in their minds as opposed to public authentication.

Public approval of the yet unknown, yet unrealised, should mostly not be expected because mankind generally is not comfortable with the unknown. That means if you have a clear purpose with clear feasible processes in mind, just pursue it and heed not to the nay sayers.

Just as modern Israel was created from scratch by men who believed and fought to realize their unconventional dream of a developed green homeland in a desert and achieved it, so too IT IS POSSIBLE for you to bring to life that business idea, that community development concept, that charity organisation or drive, that whatever positive idea you alone seem to understand. Yes, the world will hail you if you do not let yourself be squeezed into not following your above the ordinary idea.

To achieve and make a meaningful difference, you must tow a different path but one that does not impact negatively on humanity. Well, some changes may come with some costs, but provided they are reversible, pursuing them for a good course outweighs the costs of  towing the unconventional thinking and paths which have yet unseen but profitable life and world changing results when finally it becomes a tangible fact!

WHY THE COVER PHOTO CHOSEN for this article? For some of us, growing up during the turbulent 1970s and 1980s in Uganda, laboring to support our parents and guardians in different ways, we would only dream of one day being in and flying in the aeroplanes that criss crossed the Ugandan airspace: sometimes we sang sympathy arousing songs to the planes saying for example :

"Aeroplane, throw for me clothes"

Others would specify "clothes for Christmas", " new clothes " , etc. Among the flights I have had the privilege of boarding, one was on 08/April/2021 just last week; sharing the same Uganda Airlines flight with Tanzanian minister Professor Kabudi Palamagamba and his team as they travelled ahead of Her Excellency, Hon. Samia Suluhu Hassan. The flight brought twinkles of tears as I recollected the childhood turbulent years when we only dreamt of flying in planes amidst the wars and difficulties of the time, but we studied hard to achieve it among other seemingly wild dreams we had and here it was, a reality that then was a laughable joke from an over ambitious kid and kids:  I, like many children of that time who are now grown up, I was reading a book while taking my coffee aboard a flight as in the photo, one among many flights to different destinations taken: YES, IT IS POSSIBLE to achieve what at the time might seem unconventional! Just stick to it till your nay sayers come to realize that IT'S POSSIBLE to achieve that which is a CLARITY OF PURPOSE in your mind, but that may look like an impossibility by public opinion at the time before you bring it to reality.

CAN You Achieve What The Public Think Is Impossible Or A Wild Dream?

YES DEAR, IT IS POSSIBLE! 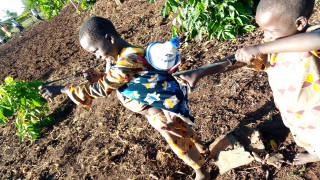 bookYES DEAR, IT IS POSSIBLE!
"WRONG AND RIGHT": REALLY DIFFERENT? 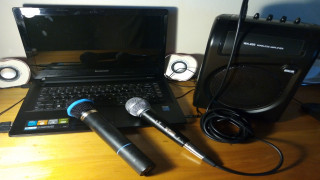 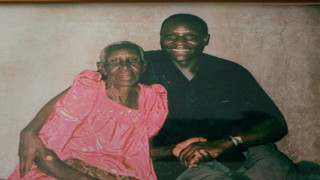 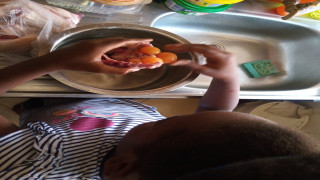