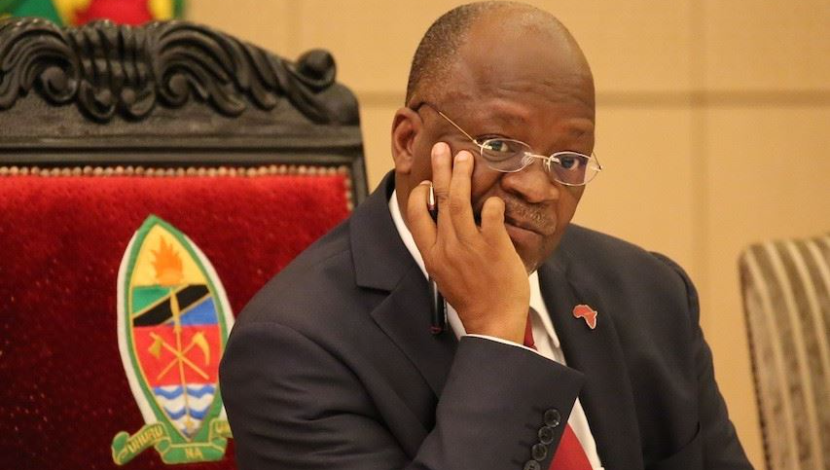 bookThe Magufuli we know
Magufulification of Tanzania: The lesson and legacy.
Leadership Tanzania

After few weeks of the puzzle on the whereabouts and wellbeing of the president, it has finally come into confirmation on Wednesday 17th March 2021 night that Magufuli has departed. Honorable Vice president, when addressing the general public through Television, highlighted that, chronic atrial fibrillation is the cause of the death of our beloved former president, a condition that he had lived with for 10 years.

The entire nation was shocked when receiving the heartbroken pronouncement over the untimely demise of the first sitting president of united republic of Tanzania, Dr. John Pombe Joseph Magufuli.

Indeed, the mother earth has lost a very strict human being with reasonable sense of humor, who cared so passionately about what he does, the champion of Pan Africanism, committed, Patriotic, revolutionist, illustrious and true visionary leader.

The state and the continent are in deep bereavement. I join the nation to send my heartfelt condolences to the family and the Government. However, I urge you all to celebrate instead of mourning. Let us honor the short but impactful presidency of this outstanding son of the soil. The late president Magufuli came to teach us on how to live a purposeful life as he was a Teacher by professional. An accomplished Chemist who came to substantiate to us that courage, wisdom, audacity and tenacity can move mountains.

During his presidency, he brought forth unprecedented working modality which emanated numerous divergent sentiments from all over the world. His leadership style was different from his predecessors but he was able to compel significant economic transformation, introducing robust control measures to protect national resources and combatting embezzlement of public funds.

But what is the monumental legacy that Magufuli has left us with? is it roads, flyovers, interchanges and bridges, is it mega projects and massive infrastructures which are underway, is it his touch base approach to any predicament, is it his efforts to revive a flag carrier airline of Tanzania, is it how he touched life of the less privileged, is it his bold and firm stance on what he believed and foresee? NO, in my opinion the greatest legacy that we have to live with is the culture of accountability which he had been fighting harder to install to every Tanzanian.

Go and rest in power Magufuli, you have done justice to this country at your own individual capacity, we will definitely remember you for all the good deeds and pardon you for the bad ones. We will continue to build on the strong foundation you left for us to reap the Tanzania you envisioned.

Go and rest easy Magufuli, you have done justice to this country at your own individual capacity, we will definitely remember you for all the good deeds and pardon you for the bad ones. We will continue to build on the strong foundation you left for us to reap the Tanzania you envisioned.

A father of two lovely children, fueled by inborn self drive to learn and unlearn, ACCA chartered accountant, currently working as Comptroller with one of the most reputable global brands in consumer goods sector. Passionate about moving with the world direction for the better.