John is an officer in company X and he often complains to his close friends and family about having a bad manager. I being one of John’s friends have been an audience of his frustration several times. Judging from his account, I agree that John has a bad manager.

John says he cannot wait for the day that the vacant ‘Senior Officer’ position between him and his manager will be filled so that he doesn’t have to deal with the manager directly. In other words, John wishes to be shielded from the wrath of the bad manager. One day I asked him, what if you were the person in that vacant position? He responded by saying many words which could be summarised in one word – meander.

The proverbial comfort zone is in many cases, right at the bottom of the career ladder. Although crowded, it remains a permanent residency of choice for many people, mostly without their knowledge.

John for instance, always shares his big dreams and how he will someday be at the top of his corporate career. On the other hand, he delegates the tough responsibilities of being a leader, while he himself prefers to take cover under the fortress of other people who are willing to be at the front line. He wants the rose but not ready to deal with the thorns.

As the old maxim goes: to whom much is given, much is expected. Being at the top of the career ladder is not all rosy. Less than a few people reach there unscathed. They very likely had bad managers at some point. But did they retreat to a comfortable place of shelter and let others deal with the bad managers? No.

Being entrusted with a leadership role means taking hits on behalf of the team, falling and standing back up again. And leadership starts long before one is formally put on the seat. You act like a leader so that you can become a leader. How?

One of the biggest mistake peers in organisations make is bad mouthing their leaders. From those lunch table conversations to WhatsApp chats and phone calls of sputtering venom – break out of the circle. Peers who bad mouth their leaders have inadvertently locked themselves in a cage of justified underperformance. Worse yet, it is only a matter of time before their own venom rebounds and they too fall out. A workplace is never personal but professional.

2. Steer away from witch-hunting

Witch-hunting never ends well. The habit of striving to first find out who did or did not do his job before addressing a problem at hand is the key identifier of the permanent residents of the bottom of the career pyramid. To take your first steps out of this bulk, always train yourself to be more forward looking – what leaders do. Leaders’ habitual first reaction towards a problem is never why did it happen, but how it can be solved. Then, they ask, what do we do to avoid it in the future? Here is where some reflection may be done in terms of what went wrong as a learning opportunity to avoid recurrence, never to point fingers or gloat. A witch hunter has no chance of survival when dealing with a bad manager, because it would be just a matter of time before the manager is the witch. Clearly, that’s a losing battle for the subordinate.

Many studies have shown that people stay in bad situations for longer than necessary. Bad relationships, bad careers, and in this case bad managers. Unlike Mr. John who gave up even before trying, an aspiring leader explores different ways to improve his/her relationship with the manager. But if nothing works, sticking with a toxic manager could curtail both career and personal growth. Quitting does not necessarily mean leaving an organisation one loves. Movement within the organisation is also possible. Discuss your options with trusted mentors, network with colleagues from other departments and apply for vacancies. When that is not fruitful, seek inspiration elsewhere.

This article was originally published by The Citizen Tanzania

Epiphania writes and speaks about career and personal growth, leadership and issues affecting women. She is currently a PhD student and was one of 50 Most Influential Young Tanzanians in 2019. What makes her tick is the opportunity to help others unlock their personal and professional potential. 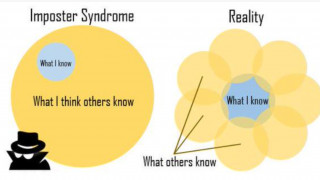