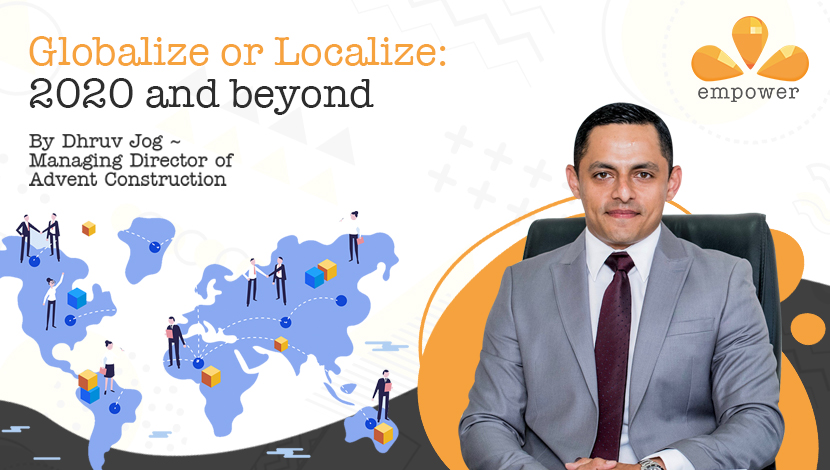 book#GrowthMindset
Globalize or Localize: 2020 and beyond
Insight

The Mantra of the century, “The Global Village”, its times like these that make me wonder if its time for us to shelve the idea in favor of localization of capacity.

The term “Global village” was coined in the 1960’s and is widely attributed to the late Marshall McLuhan, a media and communication theorist from Canada. Popularized in his book The Gutenberg Galaxy: The Making of Typographic Man (1962) and Understanding Media (1964). The more complicated definition being, “The dominant term for expressing a global coexistence altered by transnational commerce, migration, and culture”; a more simplistic explanation would be that of a world that is not bound by traditional considerations of geographical and physical distance, but rather is tied together into a single globalized marketplace. This extremely popular movement of sorts created indeed a global village, with the result that it became absolutely normal for a corporation to have its main office in one continent, manufacturing facility in another continent, backup facilities such as call centres in another continent and then continue to be tax domiciled in a favourable location. All of this with the overarching goals of higher efficiency, cost reduction and larger margins. Noble goals indeed, and the whole world responded by capitalizing on their key areas of strength and developing their capacity in those areas. China in production cost efficiency (manufacturing), North America and Europe in Intellectual property development and management, India and South America in the service industry. Africa however, we remained the raw material source, with marginal development in value added processing. Everybody focussing on what they were good at and the world as a whole sharing this aggregated capacity by relying on imported goods and services into each others countries in the name of greater efficiency and cost to customer benefits. Each chief in each smaller village happy, and the global village happy as a whole.

However, what happens when one of the chiefs in a smaller village decides to or is forced to hold on to their product/ service? What happens to the balance of distribution in the global village and the resultant access to goods and services for the whole world? That is what has happened in the first 4 months of 2020 due to the disruptions caused by Covid-19 and that learning is what needs to be used to decide the way forward for the world. Should it continue to Globalize and continue to remain dependant on other friendly neighbour’s capacity, at the cost of each country being independent and self sufficient?? As opposed to perhaps being less efficient in production costs and service efficiency, but focussing on being nationally independent and self sufficient so that international supply disruptions never again cause these situations again. So that a situation where China (For example!), responsible for over 28% of the whole worlds manufacturing output, does not disrupt every aspect of every country’s supply chain needs by simply shutting down its operations for a month, voluntarily or involuntarily.

Should countries focus on localization of their economies and ensuring they have a self reliant and disruption insulated economic ecosystem by starting to develop their own national capacity across the board? Should perceived cost efficiency be compromised for want of more equal growth across the globe so that the next pandemic allows us to “Lockdown” or “Self isolate” without having the resulting economic crashes that we stand poised to see now? Is it possible for Africa in general and perhaps East Africa in particular to be able to develop our internal capacity of production and respective economies to a level where we are able to sustain ourselves and remain buoyant even if we ever have to shut down our borders again? Is it not a fact that the so called inefficiency in production costs locally is solved swiftly via competition in the local market?

The global answer to these questions seems to be a deafening YES. Japan has just officially commenced giving a whooping USD 2.2 Billion to Japanese corporates to encourage and facilitate them moving their manufacturing facilities back to Japan and even other countries, away from China. Demark, which is giving away 14 Billion USD in bailouts and stimulus packages, has refused to allow companies registered in offshore tax havens to access any of the government assistance funding. Poland has followed suit, with massive bailout packages for Polish companies affected by Covid-19 but nothing for those registered in Tax havens. Dozens of countries across the world have passed policies and continue to make procurement amendments to ensure that every penny of government assistance in the form of accelerated government spending, stimulus packages and liquidity easing policies, is received by local companies and the funds do not leave their fiscal ecosystems.

Why is it imperative to focus on this mid to long term strategy of becoming self sufficient and developing local capacity in our countries? Is it not a far fetched possibility that such a pandemic may strike again, if ever? While the global think tanks seem to agree on the need for us to prepare for recurrence of such pandemics, either viral or antibiotic resistance based; let me give you a more relatable example of the need to look far ahead and prepare ourselves for potential worst case scenario’s. Wimbledon Tennis organizers, having learnt from the SARS outbreak, opted to put in place pandemic insurance since 2003. Paying approximately USD 1.85 Million per annum in insurance premium for a period of 17 years, they are now entitled to a USD 141 Million pay-out in compensation. Therefore, by learning from their lessons and having a long term view at prevention of similar situations, Wimbledon invested just over USD 32 Million in premiums over a 17year period and is now getting paid just shy of 5 times their total investment at USD 141 Million. Good investment indeed!

On a more local scale, does Tanzania really need to import garlic from China? Fish from Vietnam? Can we not re-develop the capacity we once had in textiles!? Must we always import a thousand construction workers from foreign countries instead of making it mandatory for foreign contractors to subcontract 75% of their project value locally? (That last one was certainly biased!) Sisal, an industry which we once led globally has been taken over by other countries, the same applies for Cloves and while Levis and H&M deem it fit to do their final denim assembly in Tanzania for the export market, our own textile industry has died and we rely on imported used clothing. The long term effects of being economically self sufficient and having local capacity is one that we ourselves will only feel when we have our own Wimbledon moment, but as in the case of Wimbledon; we have to take that decision now and start investing early enough, because that’s what our developed capacity is, insurance against the next global crisis. Localize today.

Perhaps some thoughts to guide our endeavour to localize would be : 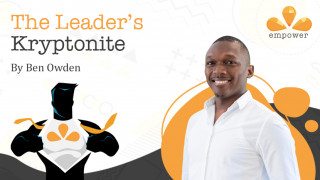 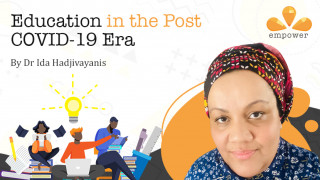 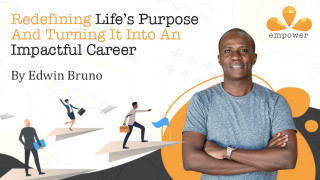 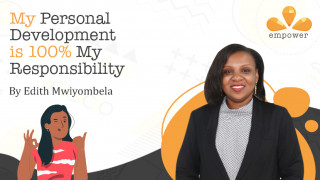 book#GrowthMindset
My Personal Development is 100 percent My Responsibility 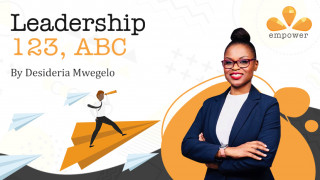 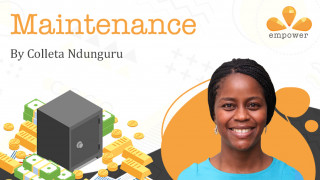 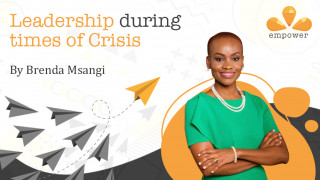 book#GrowthMindset
Leadership during times of Crisis 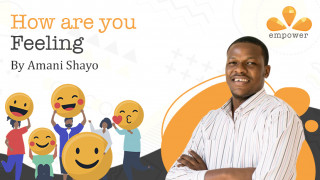 book#GrowthMindset
How are you Feeling 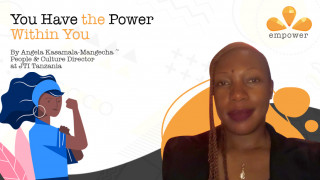 book#GrowthMindset
You Have the Power Within You 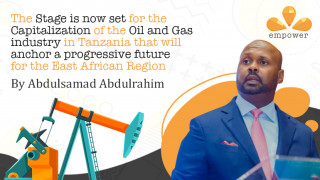 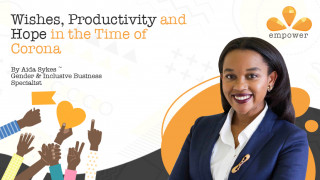 book#GrowthMindset
Wishes, Productivity and Hope in the Time of Corona 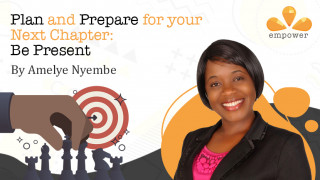 book#GrowthMindset
Plan and Prepare for your Next Chapter: Be Present 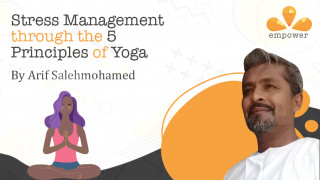 book#GrowthMindset
Stress Management through the 5 Principles of Yoga 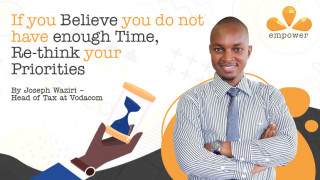 book#GrowthMindset
If you Believe you do not have enough Time, Re-think your Priorities 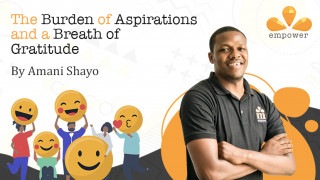 book#GrowthMindset
The Burden of Aspirations and a Breath of Gratitude 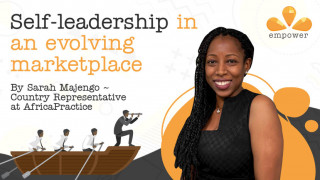 book#GrowthMindset
Self-leadership in an evolving marketplace 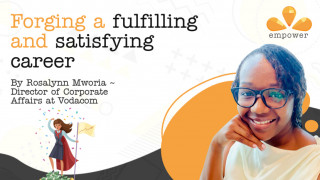 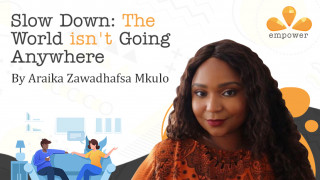 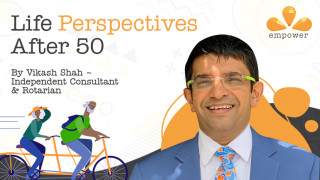 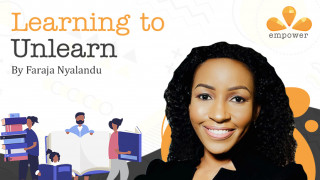 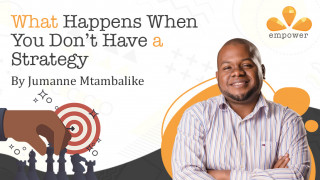 book#GrowthMindset
What Happens When You Don’t Have a Strategy 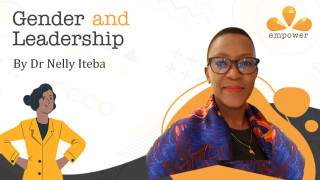